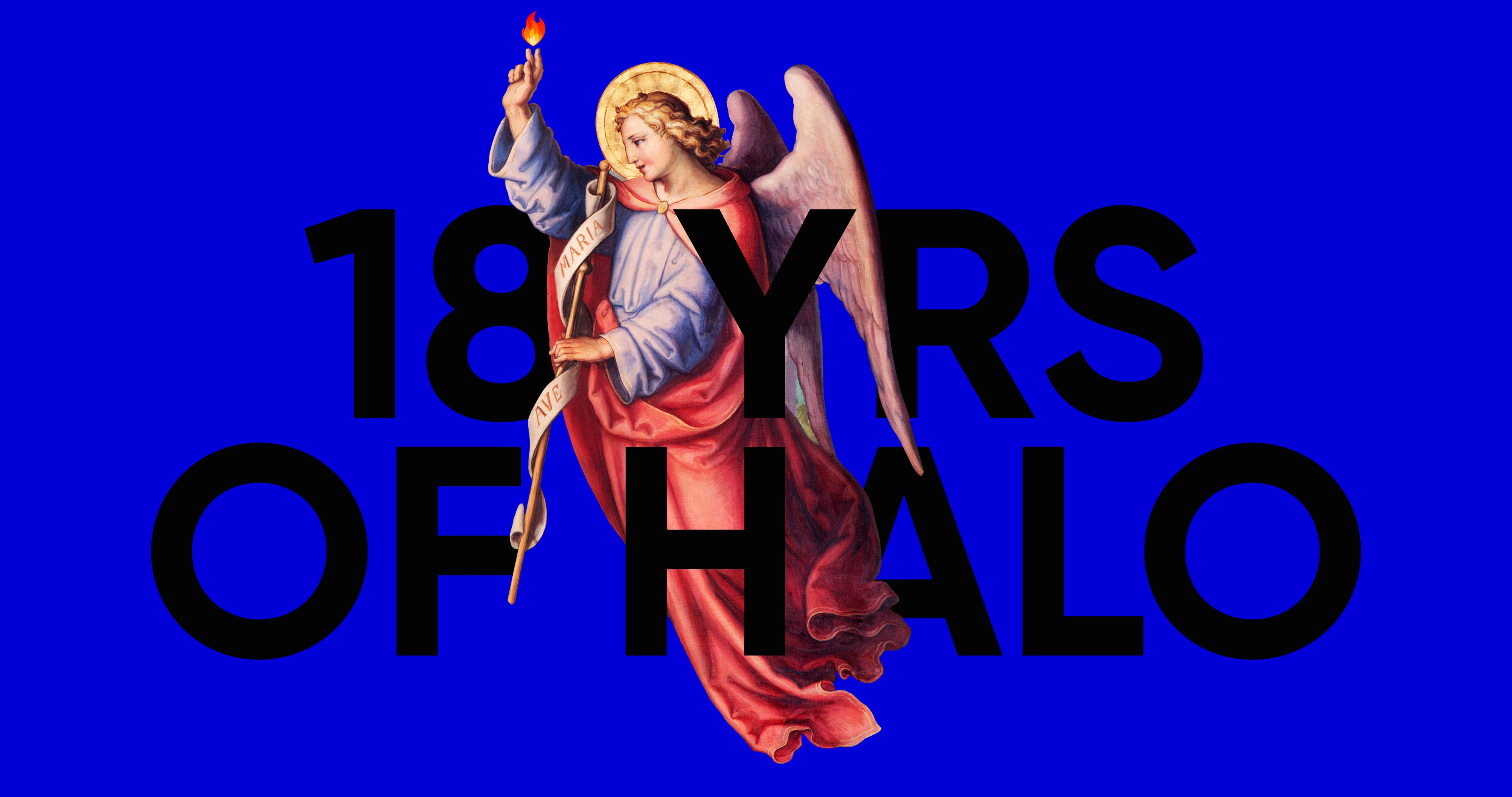 As Halo celebrate its 18th birthday, Creative Partner and Co-Founder Nick Ellis takes a look back, and shares some advice for indie agencies everywhere.

Turning 18 is a milestone. Usually celebrated in a hail of booze, drugs, furious snogging, and frenetic dancing. It’s that coming-of-age moment. It’s standing on the edge of adulthood, staring into the future with a mixture of excitement and trepidation. Where childhood officially ends and the adventure can really begin.

But when an agency turns 18, as Halo has just done, it’s a slightly different story. The excitement’s there. But it’s tinged with some world weary reflection. The frenetic dancing shoes are on, but the music’s too loud and I can’t hear what anyone’s saying.

I want to mark this occasion. And before the party poppers come out, I thought I’d share some thoughts while I can still hear myself think.

Turning 18 is an achievement. I’m proud of it. I’m amazed by it. But it comes with battle scars. And those scars tell me one thing; we’re one of the lucky ones.

The list of great agencies that didn’t make it is long. The fact that Halo isn’t on that list is a mixture of drive, ability, insight, talent, and above all, luck. Right place, right client, right time luck. Right idea in the right pitch luck. Good connections luck. And let’s face it, in this industry especially, right socio-demographic, right sex, right colour luck.

Good luck has been our secret weapon. The skill has been knowing how to play the cards we’ve been dealt. Luck helped us play them better.

When we started we were four friends, working above a physiotherapist’s office, making Flash games, promoted through platforms like Mouse Breaker, for brands like Peugeot and Walkers Crisps (see, luck again). The money was shit, but all we needed back then was access to quality weed and decent spec Macs. I was our only brand strategy and graphic design resource. I just played the games we created and wrote the pitches that won us the gigs.

But we knew that wasn’t our future. We believed we were made for more. So, we emerged from our cloud of primo skunk, blinking bleary eyed into a future where we ditched the Flash games, stopped pissing about, and started the hard task of building a genuine, strategy led brand agency. It meant taking ourselves and our craft seriously. It meant accepting there was a fuck load to learn. And being hungry for the education. It was a steep learning curve. A curve not everyone could handle. Four became two - me and my business partner Vern. And then two became four, became six, became eleven, became twenty, became twenty five. There’s thirty one of us now. And there’s so much talent, I’m constantly in awe. Getting to work with incredible people every day.

Halo partner with some truly wonderful clients. Big brands, exciting challengers, ambitious start-ups. Each one presents new challenges, fresh opportunities to learn, a chance to make a difference, and really get our creative on. And thankfully, that’s always been the case. In our history I’ve only resigned one account. Worth £250k. Because the mental health of the people at Halo matters more than dealing with a walking ego, flaunting a big wallet, devoid of any decency. Scariest and easiest decision I’ve ever made. Although I’d never want to make it again. Christmas sucked that year, financially speaking.

I could write a book about Halo. If I did, I’d call it ‘To Hull and Back’ but that’s a story for another day.

Why would you read an article about how great Halo is? It would be like going to see a design talk where the speaker just shows pictures of their work in a public self-congratulatory wank. Instead, I’m going to offer 18 *ahem* pieces of advice to my fellow independent agencies who are still at the beginning of their journey. Not Uncommon though. They seem to be doing ok.

1. No one ever said it was going to be easy

It’s not easy. It’s stressful. It’s tiring. It’s like getting punched in the stomach and having the best kiss of your life at the same time. It’s living in a constant state of nervous energy. It’s not just being good at strategy, design or development. Because running a business is so much more than what you actually do. If you’re starting an agency, know that you have a responsibility to make your business work for the people who work for you. Who rely on you. Who believe in you.

Take that more seriously than you ever thought you could.

It’s an agency’s job to be the expert outsider. To offer respectful friction. To challenge for change. If you’re not willing to show a client the hill you’re willing to die on, don’t show them anything at all. A principle isn’t a principle unless it costs you something.

And, whatever you do, never sell your self-respect for cheap.

3. Don’t describe your agency as ‘brave’

Unless you’re Tracy Emin stop saying you do brave work.
You don’t. And you sound like a dickhead.

4. Get comfortable talking about money

With clients and with your team. Shying away from talking about money undervalues your worth as an agency. Not talking with staff about remuneration undervalues theirs.

To make financial discussions with clients easier, make it your job to know how they make money. The market forces and headwinds that they face. The category health. The operational performance. The barriers and opportunities. Know your numbers. And know theirs. It’s the language of the boardroom. And you need to learn it.

5. You’ll only make a fraction of the work you present

You’re going to have some amazing ideas. Inspired strategy, fantastic designs, world-beating UX, that never leaves a presentation deck. Learn to be cool with it. Or it will eat away at you and drive you slowly mad. Learn to let go.

And never look back. You’re not going that way.

6. Your work won’t sell itself

I know it should. But it won’t. You have to get really good at presenting. At *gasp* SELLING. We practice commercial creativity, so get used to selling yourself and your work. Clients aren’t just buying your ability. They’re buying a relationship. A partnership that produces an effect. That drives revenue. That meets business goals. Great creative is one part of it. It’s not all of it.

This one’s easy to say and much harder to do. But you have to be able to roll with the punches. Get up, dust yourself off and go again. From rejected creative to losing a pitch. Getting fired off a job. Being shown the door before you’ve even had a chance to show your worth, this shit happens all the time. And when setbacks inevitably arrive, learn and move on. Always move forward.

Don’t let your fragile ego hold you back.

We’re not saving lives. We’re not frontline services.
What we do is meant to be fun. You’re supposed to enjoy doing it.
So try to have fun. And when the fun stops, stop doing it.
Life’s too short to waste time on unhappiness.

It’s not the sum total of 18 years of experience leading an indie agency. But it’s as much as I dare to hope you might read. And if you’ve got this far, here is one final, absolute truth worth remembering:

No one knows what the fuck they are doing.

We’re all making it up as we go along.

Most of us have the good sense not to tell anyone.