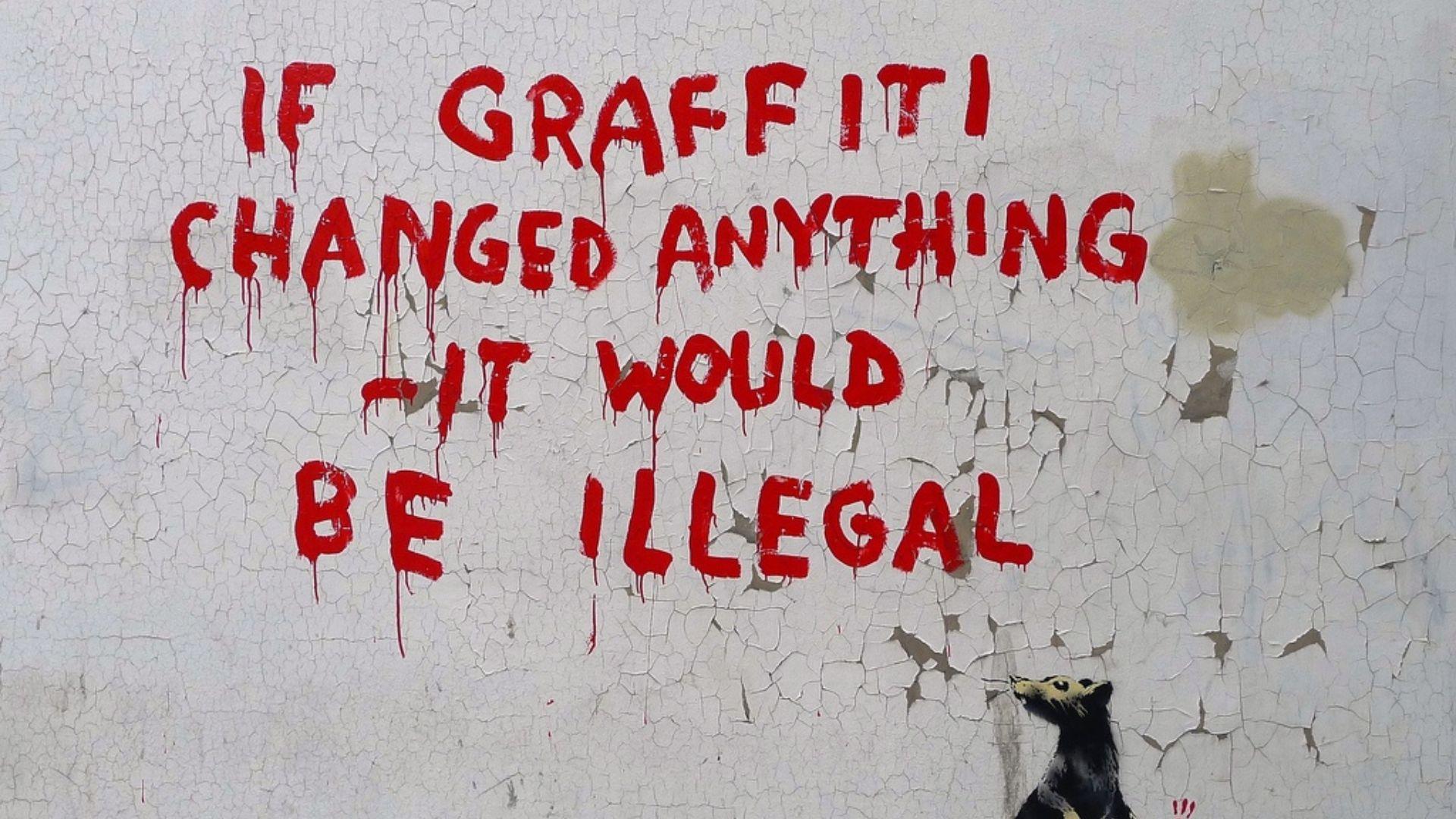 The Art Of Brandalism

There is an image of an advertising campaign poster making the rounds on social media that has been marked with comments that question the motives and manipulative methods behind the design (see below). It is a good example of social and cultural commentary being added onto a commercial poster, but it is far from a new idea.

The first time I became aware of this type of movement was in the 1990s, by a group called Adbusters. As a graphic design student, and taking great interest in designers such as Jonathan Barnbrook who were very social and counter-cultural in the work they did (and it turns out he was a part of Adbusters too), I was very interested in this movement. Although I didn’t join in with their activities, I followed them with some interest.

Adbusters have spent the 1990s, 2000s, 2010s, and the 2020s railing against capitalism and in particular advertising’s role in capitalism. Their magazine’s international circulation peaked at 120,000 in the late 2000s, but it has been their campaigns which have had more impact. Buy Nothing Day, TV Turnoff Week and Occupy Wall Street have all left their mark, but they are probably best known for their “subvertisements” — adverts which subvert the original message of the advert.

Blaming advertising for playing a central role in creating and maintaining consumer culture, they have used the creative skills and talents against advertising itself. They claim to be combating the negative effects of advertising and empowering its readers to regain control of culture. The big question they ask with all of their work is “Are we consumers and citizens?”

This is something I believe is an important discussion that those of us who work with brands need to have — are we creating enough space for people to be citizens as well as consumers? This is a big question, and one that brings other factors into play such as ‘brand purpose’ — is a corporate brand the best vehicle to promote a social or environmental purpose — but that is for another article.

Adbusters might have blazed the trail, but now groups such as Brandalism are picking up the ball and sprinting with it. Emerging in the UK during the 2012 Olympics, Brandalism has been using ‘culture jamming’ to rail against corporations with anti-capitalist, anti-consumerist and environmental concerns. Brandalism has also done a lot to expand the people who are able to take part in these activities, by among other things publishing ‘how to’ guides for things like opening poster sites.

Now, there are some who are against all of these ‘subvertising’ activities, but that isn’t my view. For me, they are an important addition to the cultural landscape, and can be a valid challenge to corporate power. On top of that, I think that some of the Adbusters and Brandalism work is some of the most creative work out there. Not only are advertising companies getting their work busted, it’s being improved upon at the same time.

If you’re interested in finding out more about this subculture, take a look at the books and websites below.

‘Advertising Shits in Your Head‘ by Vyvian Raoul & Matt Bonner