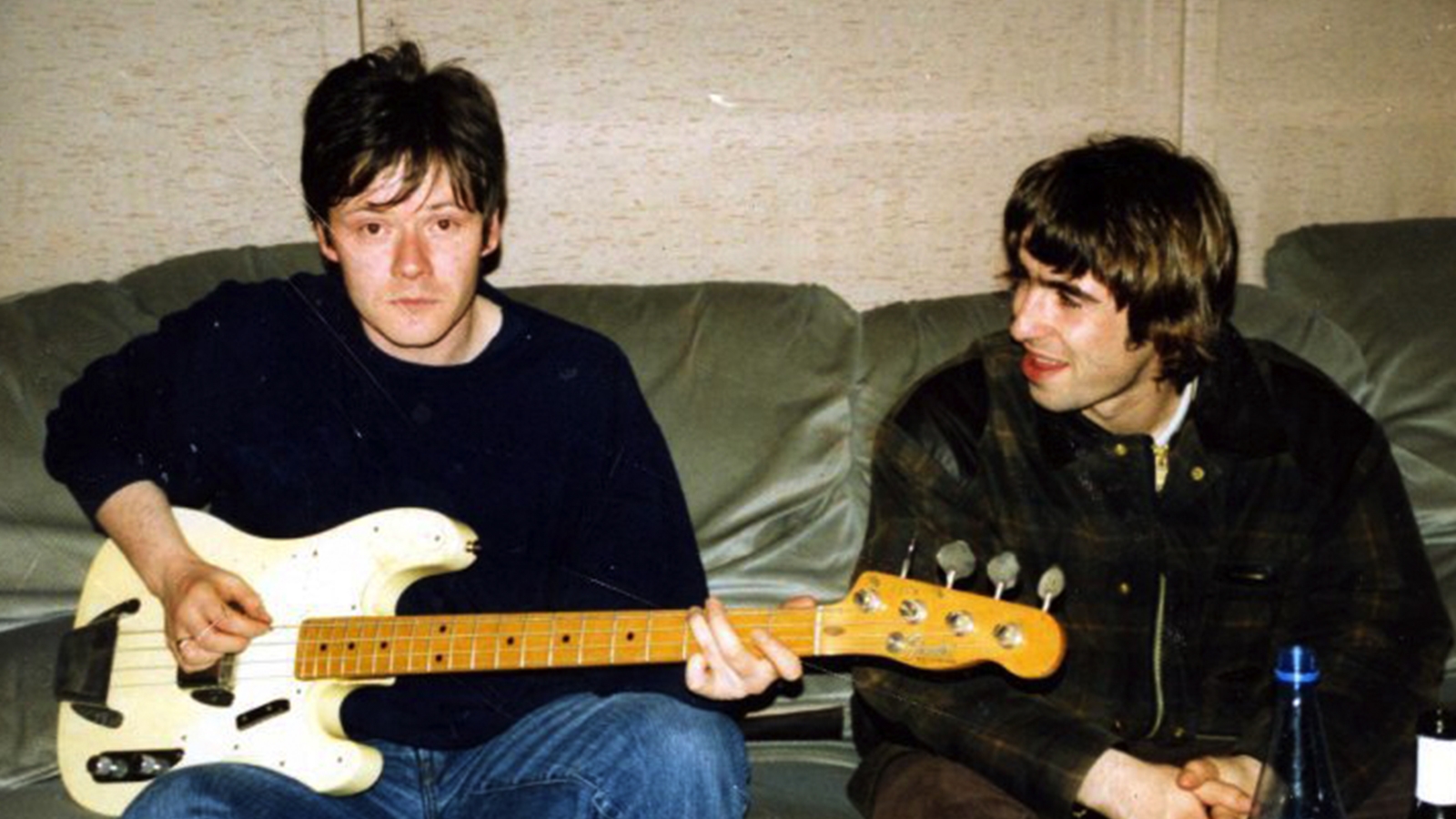 Everybody who was involved in the Oasis project wanted to do their very best, because everybody knew that this is it – this is something special. – Brian Cannon

We move back to the topic at hand, and discuss what was another large part of the Oasis ‘brand’ – the attitude. The brand industry talk a lot about the authenticity of a brand – meaning whether the image portrayed is really an accurate reflection of the entity (in this case the band). Brian discusses the attitude of the band, the role the tabloid press played in shaping public opinion, and how much of this was a creation and how much was ‘authentic’.

One of the few occasions in pop culture history where everything just clicked. – Brian Cannon

A unique band – a distinctive brand

What made Oasis, Oasis? ‘Their attitude, the songs, and the brothers’ chemistry. – Brian Cannon

Another element of brand, so often ignored, is sound. With any brand, but of course even more so music, sound can create emotion other senses simply can’t reach. The epic, wall of sound of Oasis music – given such force by producer Owen Morris – was another distinctive feature of the band (and brand). We asked Brian what he thought were the defining assets of the Oasis brand – what was it that made them distinctively them?

[The way it was mastered] In the 90s, if an Oasis record came on a jukebox it would be twice as loud as anybody else. – Brian Cannon

Of course, we know that the biggest part of the Oasis brand was the band themselves and their music. But the artwork and design did play a hugely important part to the fans, and in turn was influential in shaping what the brand became. We discuss the role design plays in shaping a brand – and how in the case of Oasis fans the design really did ‘add value’ to their experience – and how Microdot would always go the extra mile, for Oasis and other bands.

Verve’s first album, if that was timed back to the hour it would have cost more to do the sleeve than it would to record the fucking thing. – Brian Cannon

They did alright in the end

Many people don’t even notice this, but the Oasis singles didn’t have titles on the covers. This was a bold move, but one that for me added to the impact of the covers. We asked Brian why they decided to do this, and was there push back from the label over concerns of fans not identifying the newest release.

We don’t need to put the name of the record on the front. And you d’know what, I was proved right cos they did alright in the end didn’t they. – Brian Cannon

Microdot and the future

Finally, we asked what Microdot and Brian Cannon are up to these days. After 30 years working in music, culture, and design, what does the future hold? Brian explains the three principles that have guided Microdot since the beginning. He also teases us with an upcoming collaboration with a classic 80s sporting brand, but that was all we got out of him on that so we’ll all need to watch this space.

The whole point to Microdot in the first place had three themes. Firstly, creative excellence, whatever we do has got to be world class. You’ve got to have a laugh while you’re doing it. And it’s got to be subversive, anti-establishment, but tongue-in-cheek. – Brian Cannon

If you didn’t see the first part of our chat with Brian Cannon, check it out. Back to part 1.

Many thanks to Brian for his time and expertise. Check out the Microdot Boutique, which has the stunningly honest strapline ‘We sell stuff you don’t need’.