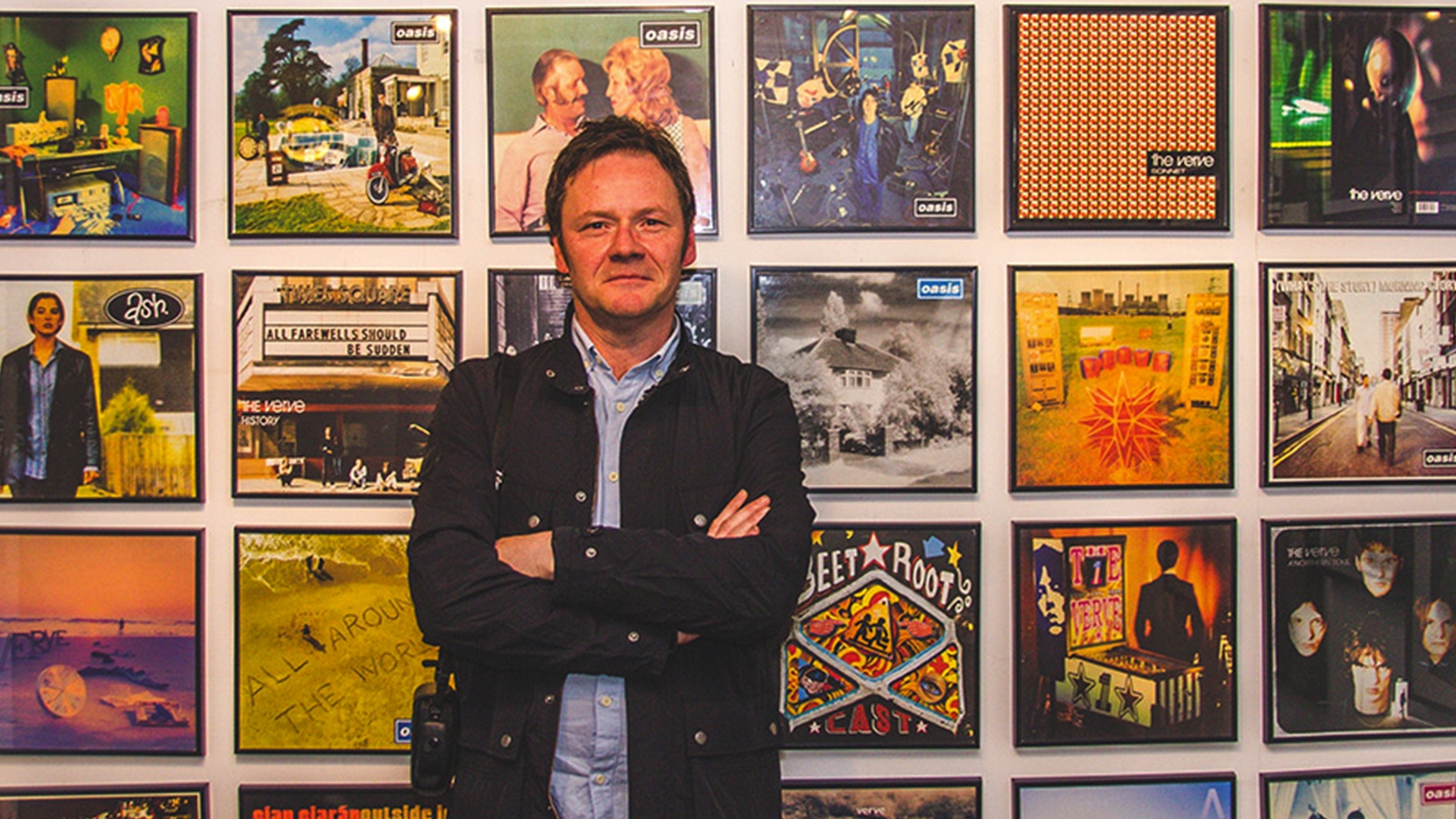 Halo In Conversation with – Brian Cannon (part one)

The 1990s in the UK was a time when music and culture really came crashing to the fore. There really was no better time to be a teenager than these heady days (although I’m probably a little biased with that opinion). Whether it was football (Italia 90 to Euro 96), films (Trainspotting to Notting Hill), or TV (Absolutely Fabulous to TFI Friday) there were names and brands created that live on to this day.

Following a difficult decade in the 1980s, the 1990s seemed to see the UK finding its confidence and its voice again. Although not seen in a great light now, the ‘Cool Britannia’ label saw a move away from the overly-influential US culture and an embracing of UK culture. Of course, football, film, tv, and even politics (remember New Labour) were important, but central to this rebirth of confidence in the UK was music.

The list of great bands from the UK in the 90s is a long one, from Pulp to Underworld, Radiohead to The Spice Girls, but there were only two bands who regularly featured on the front pages and news reports – Blur and Oasis. The impact of these two far transcended the music press, and they became not only the two biggest bands, but two of the biggest brands of the 90s. It became a rivalry that defined a decade – the arty Southerners and the working-class Northerners. Whether that was ever a true reflection or not, they were two distinctive bands, and brands.

Of course, the music itself is integral to the brand, but the visuals wrapped around the music are a huge part of shaping the brand. We spoke to Brian Cannon, founder of Microdot, who are celebrating 30 years shaping culture through design. As the designers for everything Oasis did in the 1990s, we asked Brian about the experience working with the band, and how they used design to help shape their distinctive and identifiable visual approach – and shape an iconic brand.

A logo with impact

We started the conversation in a strikingly obvious place for branding – the logo. The Oasis logo from the 1990s is one of the few band logos people could probably still recall, and even draw, today. I’ve heard Brian mention previously that logo was designed intentionally to reference the Decca logo. Here Brian explains where the idea behind the logo came from, the references or cues he particularly wanted to make through the design, and why they landed on the chosen typeface.

A bulletproof logo, that you can stick on anything, that will not interfere with the image because the image is king. – Brian Cannon

The Microdot album and single covers for Oasis were consistently photographic. For me, this consistency created an identity for the band through imagery, and the type of imagery that was shot. We asked Brian why they decided to lead so heavily with photography, and why there was such a narrative approach to that imagery?

Once you start theming those images [cover designs] your just narrowing down your avenues of creativity, where you can go with it, but doing it the way we did we flung it wide open – you could have anything from just a bleak moorland to a riot breaking out in an hotel room. – Brian Cannon

Many designers will take their references from other designers and previous designs. Having worked for Brian at Microdot I know his influences come from so many more varied places. We discuss how this lack of interest in and inspiration from other designers may have helped with the continued impact and appeal of the Microdot work. Brian explains what his influences were behind the Oasis visual approach – from the visual metaphors in Renaissance art to Impressionist art.

I’ve often shown pictures of the Arnolfini wedding by Jan van Eyck, and said this was the inspiration for Definitely Maybe. – Brian Cannon

We kind of go off on a bit of a tangent here, and talk a little about the Microdot approach, ethos and the Rivington street studio. Brian explains how Microdot was always a renegade, never a part of the design crowd, and how they only ever worked for the bands. I ramble on about how I got myself a job at Microdot by essentially stalking them until they relented and hired me.

So that’s the first part of our chat with Brian Cannon. In the second half of our chat we discuss how ‘authentic’ the attitude of Oasis was, how they got that wall of sound which became their trademark, and why there were no singles titles on the covers. Continue to part 2.

Many thanks to Brian for his time and expertise. Check out the Microdot Boutique, which has the stunningly honest strapline ‘We sell stuff you don’t need’.

Stay tuned for part 2 of our conversation with Brian Cannon.