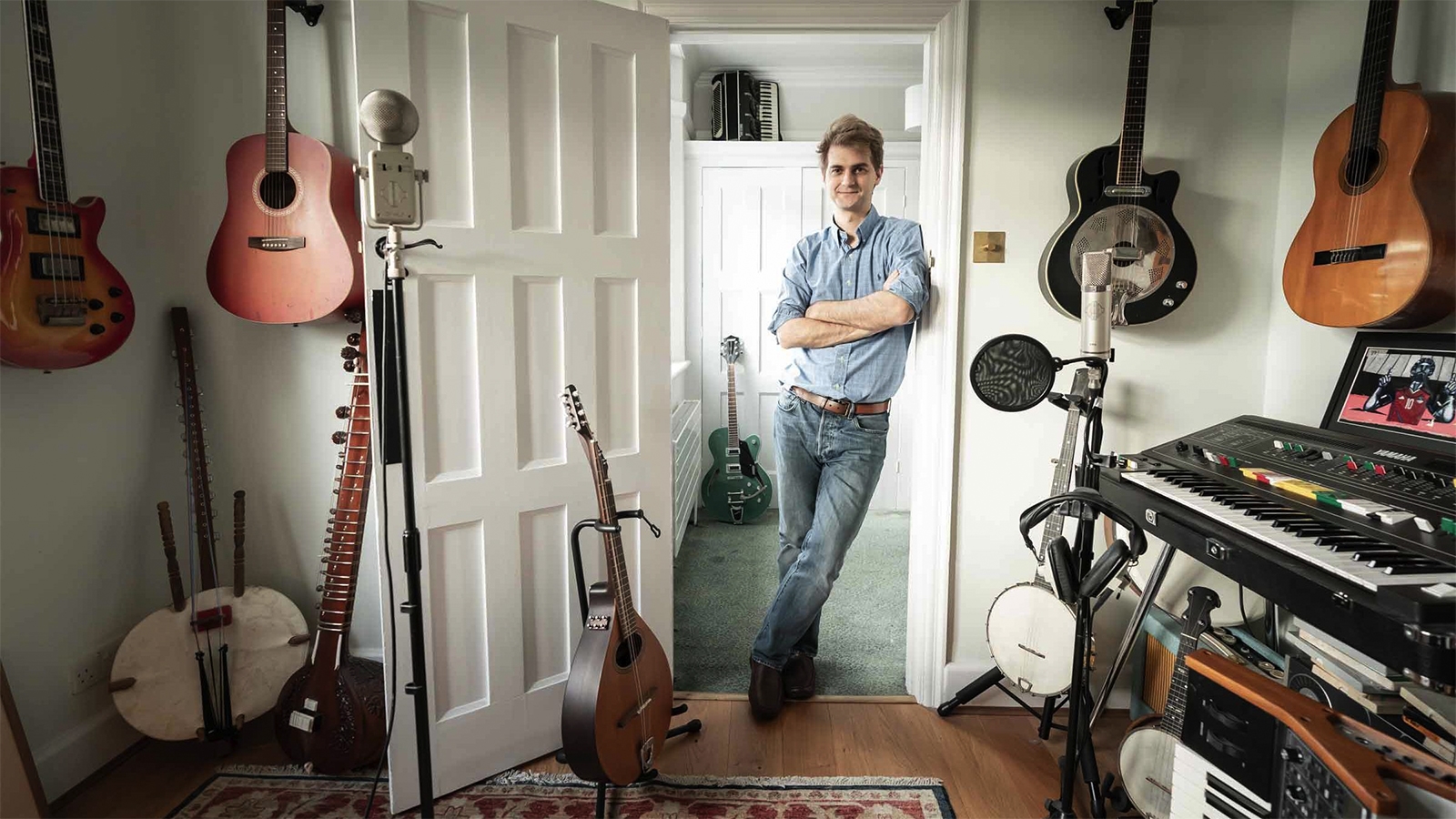 Halo In Conversation with – Alex Baranowski

Sounds – they constantly surround us, but much of the time we give them little thought. We humans are visually oriented creatures – half of our human brain is directly or indirectly devoted to processing visual information. So it’s hardly surprising that when people create identifying assets for a brand, they focus on the visual elements. But, to forget about the other senses entirely would be missing a trick.

In particular, sound – it’s the second sense, behind sight, and can be just as emotive or informative. I’m sure we all have sounds that bring memories rushing back – both good and bad. There are sounds that warm the heart, and sounds that chill the blood.

Seth Horowitz, an auditory neuroscientist at Brown University says: ‘Sound is always there. It’s our early warning system. It’s also our emotional driver. It’s our attentional driver. Everything you hear has some kind of an impact on you and changes how you respond to the rest of the world.’

Sound can be the secret weapon of a brand – the barely acknowledged way of shaping perception of a brand in the mind of a person – so we spoke to an expert. Luckily enough we know Alex Baranowski, a composer who – with nominations for a Tony Award and BAFTAs, winner of Music + Sound and South Bank Awards, and recently scoring BBC 1 lockdown comedy Staged – knows a thing or two about music. We spoke to him about his work as Sound Designer for the whole set of multi-award winning idents for BBC Two here in the UK, and the role sound might have in shaping a brand.

(Before we start, in case you’d forgotten how great the BBC2 curve idents were, here’s a selection of them).

The BBC2 idents. for which Alex designed the sounds, have been very rightly lauded for their creativity and impact. As Alex is primarily a composer, for theatre, film and tv, we asked how a successful composer got involved with a brand agency on this project to create ‘brand sound’? He gives us a lovely insight into how he approached the creation of the music by treating it as an output of the animations, and how the initial music was created whilst working backstage at a theatre. One hugely interesting approach Alex discusses was how creating sound transitions in theatre plays led him to a brilliant take on smoothly transitioning between different moods of tv shows within an ident.

When I work in the theatre I don’t just write the music, I design the sound. And I very much treat them as one thing – Alex Baranowski

The same, but different.

The visual parts of the BBC2 idents were created by a number of different artists and designers, and so all look very different. But with great creative direction and a ‘branded’ framework to work within, they all manage to work really well together and look like a distinctive, branded suite of animations. We asked Alex how he managed to balance both reflecting each of the specific visual designs, whilst always ensuring they always sounded like a BBC2 ident and part of the same family.

Using the same tools, for all the different sounds, brought it into the same world – Alex Baranowski

A structure that allows flexibility.

When working with an organisation on their brand, there are often visual rules or guidelines that must be adhered to. We asked Alex whether he was ever briefed on what BBC2 should ‘sound’ like – maybe there’s an aural brand book? Or was it more that he was given freedom to design sounds that he felt would fit with BBC2? Alex discusses how he defined what the shared sound elements would be, and used similar processing techniques, in order to give the idents some shared identity.

Sound and visual in tune with one another.

We asked Alex to tell us more about the process itself. Was it always the visual animation that was created first, and he was tasked with setting sound to it, or were visual and sound developed more in parallel? He explains how a more collaborative way of working, with him very involved in the overall creative process and feedback loops, made for an even more cohesive dovetailing of sound and visual.

As many businesses are finding the way their audience experience their brand is now primarily digitally, we discuss with Alex whether this opens up opportunities to further explore sound as a more prominent aspect of a brand. From ensuring a brand is identified, to shaping the tone and mood of a brand, is sound now ready to do more of these roles for brand? Alex explains that people often find it difficult to understand music and sound design, as they can’t see it. But maybe sound is the intangible asset that can give a brand a valuable advantage.

There’s so much more that can be almost connecting an environment – not just music but connecting all kinds of sound and texture with a brand. – Alex Baranowski

Finally, after creating award-winning idents for TV, scoring a hit TV comedy in the UK during lockdown (Staged), and composing for too many theatre shows to mention, we asked what’s next for Alex Baranowski?

Many thanks to Alex for his time and expertise. Alex recently scored hit BBC 1 lockdown comedy Staged starring David Tennant, Michael Sheen, Samuel L Jackson and Judy Dench; and The Windermere Children for Wall to Wall / Warner Brothers. Check out more of his work.